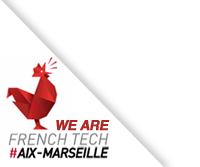 Lyft Is Said to Seek a Buyer, Without Success

The company, which is based in San Francisco, has in recent months held talks or made approaches to sell itself to companies including General Motors, Apple, Google, Amazon, Uber and Didi Chuxing, according to a dozen people who spoke on the condition of anonymity because the discussions were private.

See it on Scoop.it, via les échos du net